The HDD list is a bit eclectic, i have used whatever is on sale and cheap.

The NAS is used to host a couple of virtual machines and docker containers and it runs unRAID for the operating system. The motherboard for the system as picked for a low price and high expandability. The mATX board has 3 PCIE x16 slots, which will easily handle hba’s, 10Gb networking, etc. 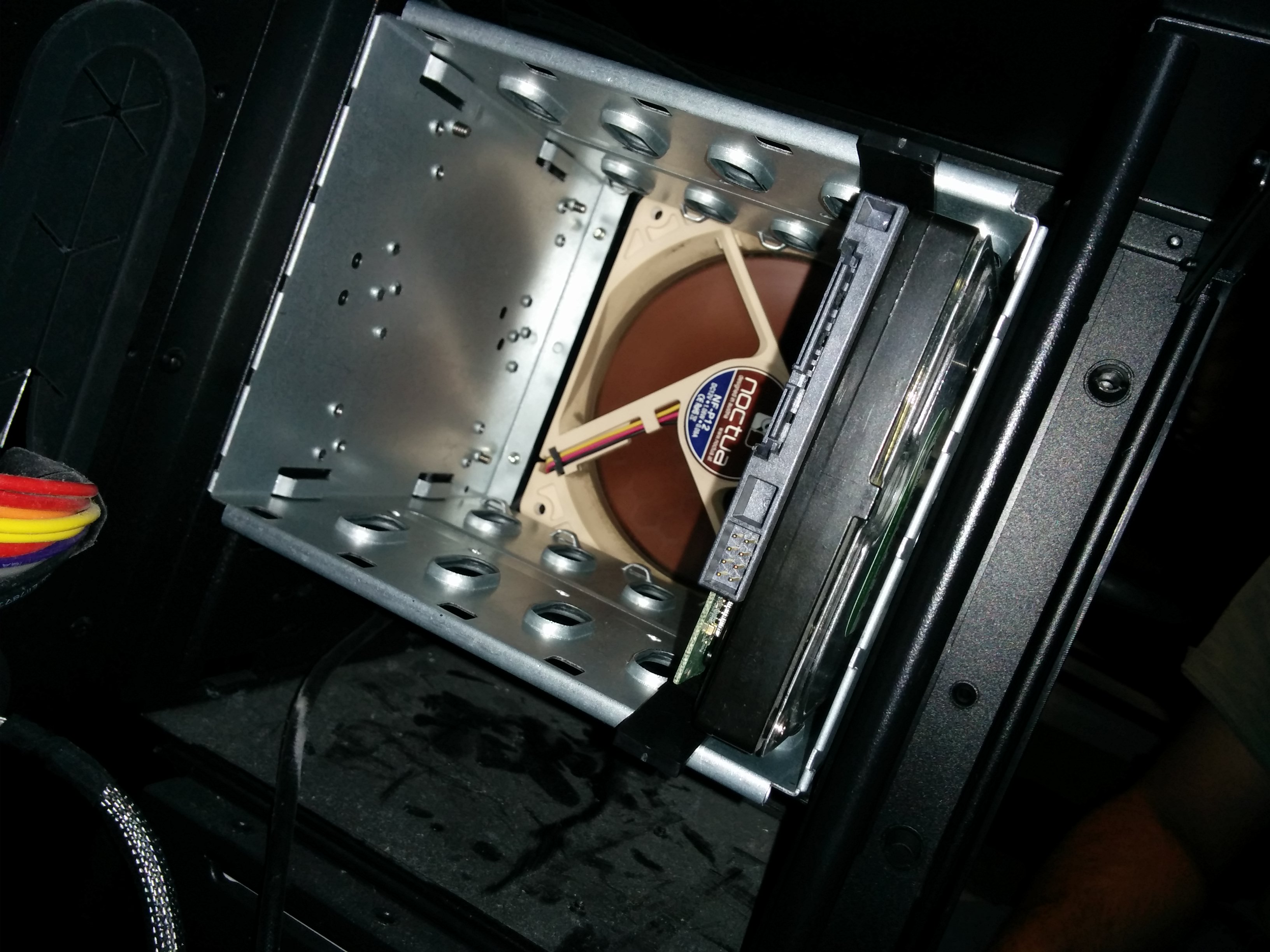 The 5×3 cage added a large bit of storage density to the case. I replaced the original fan with a noctua to reduce noise. 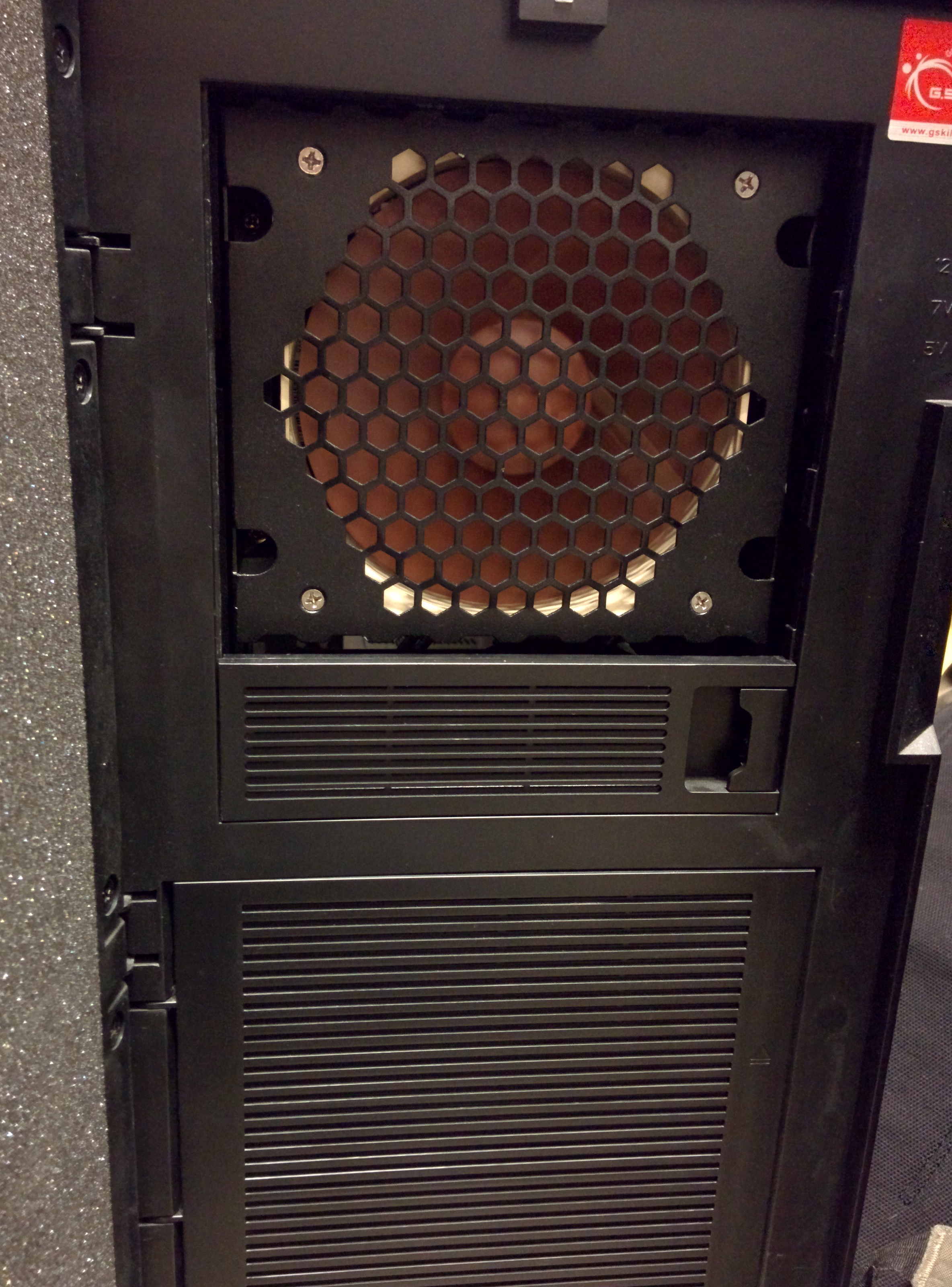 Heres a shot of the 5×3 from the outside. It is not a hot swap capable unit, and also has no backplane. This reduces some of the complexity and potential failure points in the unit. I also don’t need any of this, so this 5×3 cage costed very little. I drilled new mounting holes in the case though to set it back about a half an inch. This allows the fan to pull in from the slots on the side of the case for airflow. 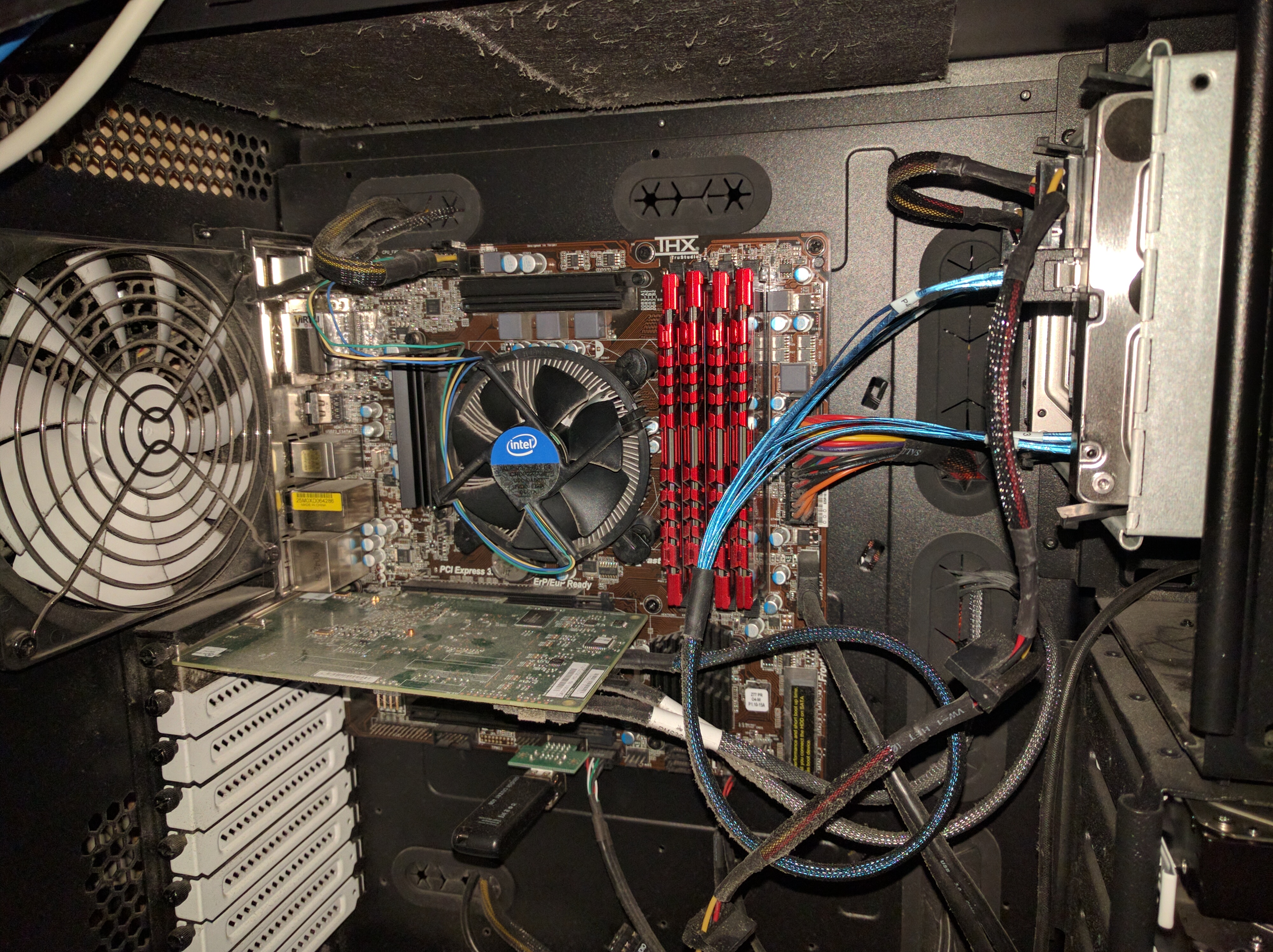 A bit dusty, but it keeps running. The HBA is mounted in a PCIE x16 slot. 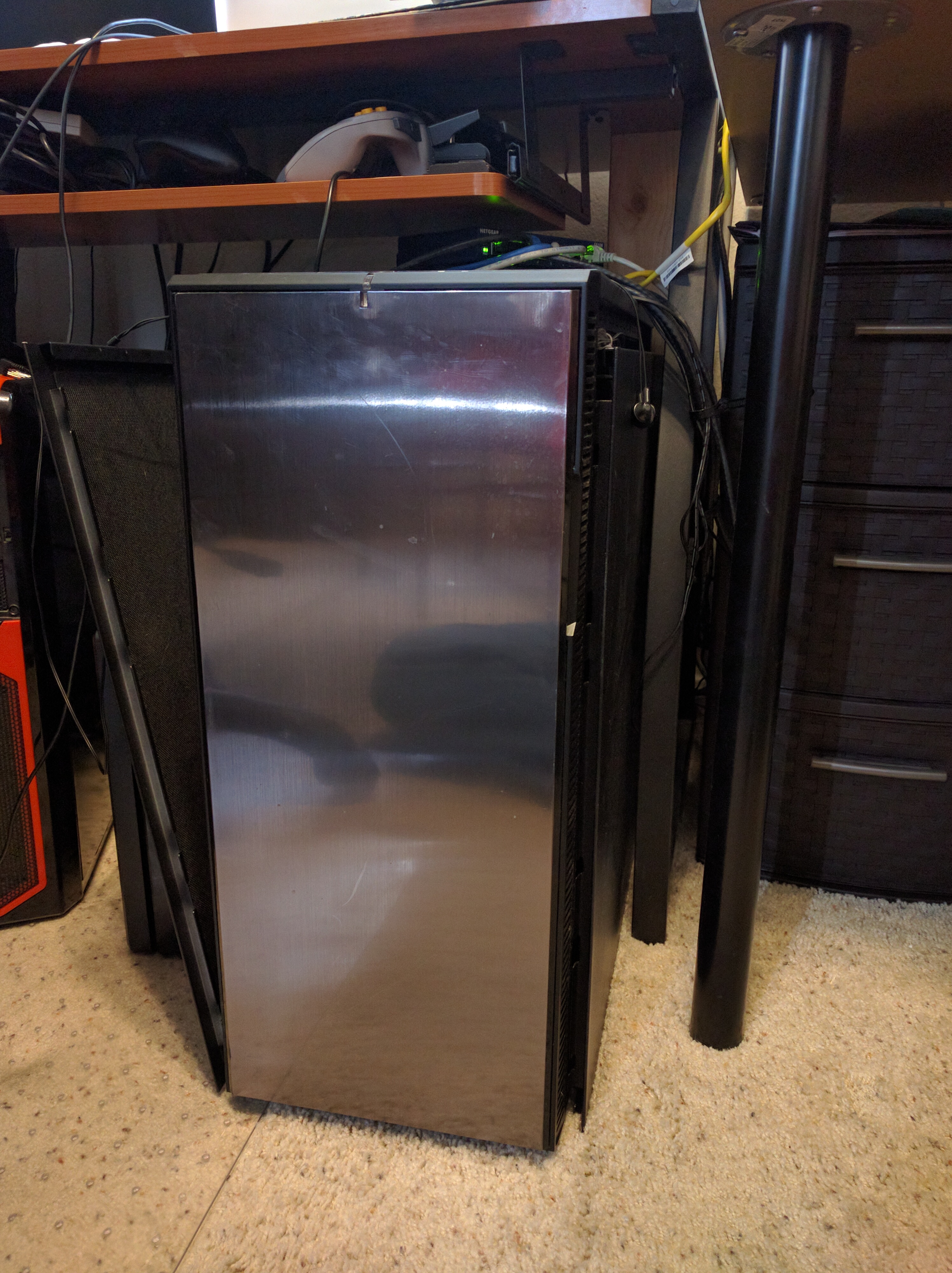 The case is a giant fractal design define xl r2. The case is lined with sound insulation making it a nice quiet obelisk.