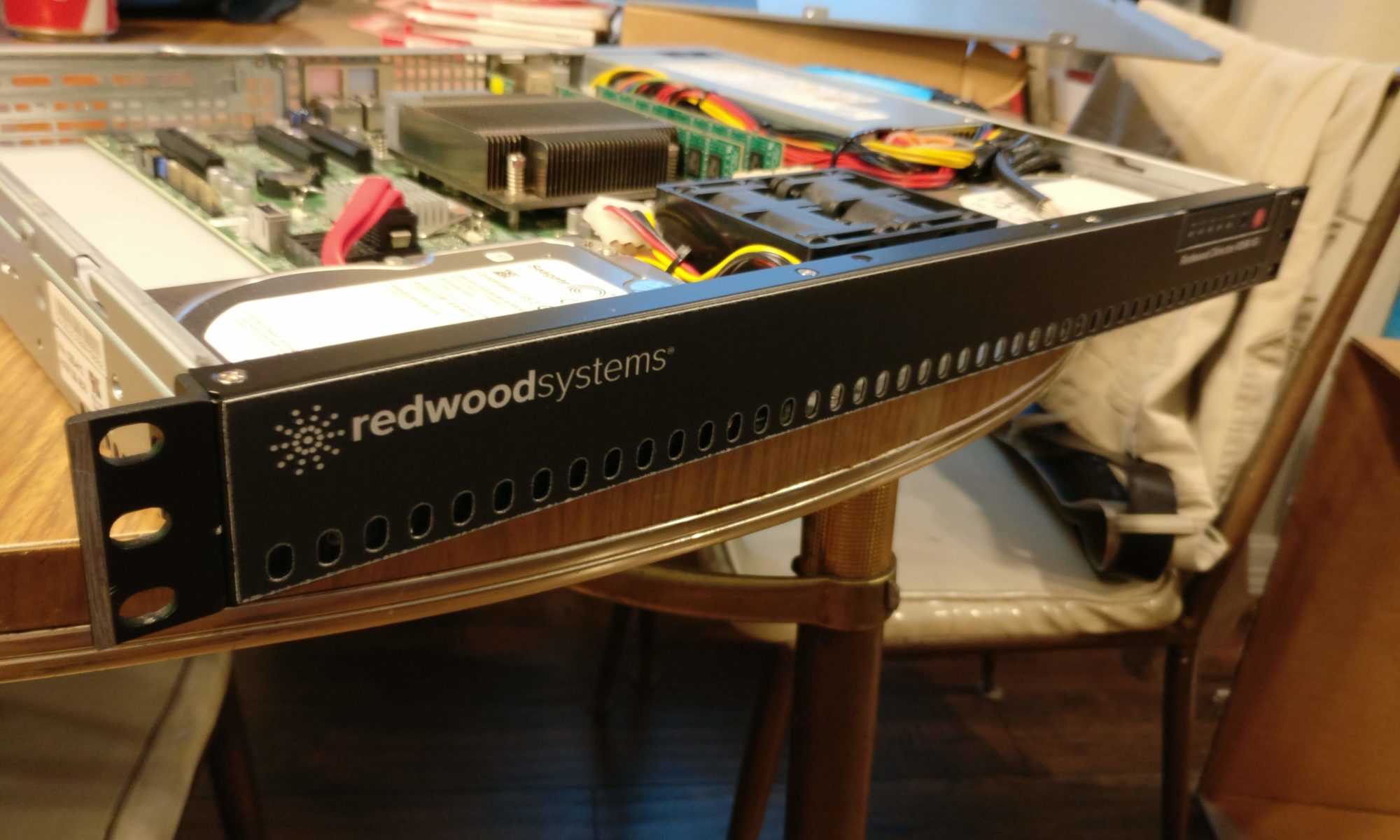 At first glance, all was well, however not everything was as it seemed. This was the first time I found out the real amount of ram in the system, 8GB, and learned that I got 2 x 1TB HDDs along with it. Note that neither of these were wiped before I got the system. I poked about on the network appliance however didn’t notice anything interesting to poke at. Note that I did not connect it to my network while running it, and it was not secured AT ALL against someone with physical access (no passwords to get to the root user).

Not all was perfect after opening it up though. I first noticed this large burn mark on the top lid, well less burn mark and more smoke staining the top lid. After seeing it, I dug around in the server looking for the culprit.

I found the culprit in a HDD power connection. We have a classic “molex to sata, lose all your data” with the short happening around the connection to the HDD. While looking at the case, I thought this may have been a short to the metal case underneath the drives due to the 0 tolerance between them. One of the upgrades I made was to use some of that insulating plastic from laptop HDD trays to help isolate the drives from the case around the power and data connection points (they are still grounded to the case, they aren’t that heavily insulated).

I started by vacuuming out the crud from the bottom of the case and trying to clean it the best I could with alcohol. After cleaning up the general burn area, I wanted to get rid of that burn smell.

I can confirm that coffee beans are great at getting rid of smells. This reeked when I first got it and opened it up. I used coffee beans sitting in it with the lid on for a few days, afterwards vacuuming them out.

I finished up the build by replacing the PSU, to avoid any issues that might have happened internally due to the short. I did check the old PSU and found nothing wrong internally, and it was capable of running the server, however I wasn’t comfortable running it with that PSU while away from home, so it was replaced.

I replaced that burned out HDD with a SSD for the operating system. Since this was going to be an NVR, I was going to use a HDD for the main data store anyway, so the 1TB was reformatted for this purpose. I also added some of the insulating plastics from a laptop HDD tray underneath the HDD and SSD to avoid any future issues like what was seen previously (assuming that was a component of the original short).